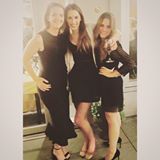 Instead of dropping an album, we're doing something a little different. Every couple months, we're releasing bite-sized three song sets. The third release, Triplet No. 3: Fountain, just went live on all platforms on March 2nd. Follow us on SoundCloud, Spotify, YouTube or Apple Music.

Much more is coming - fill out the form on this page to get updates on new music and upcoming shows.